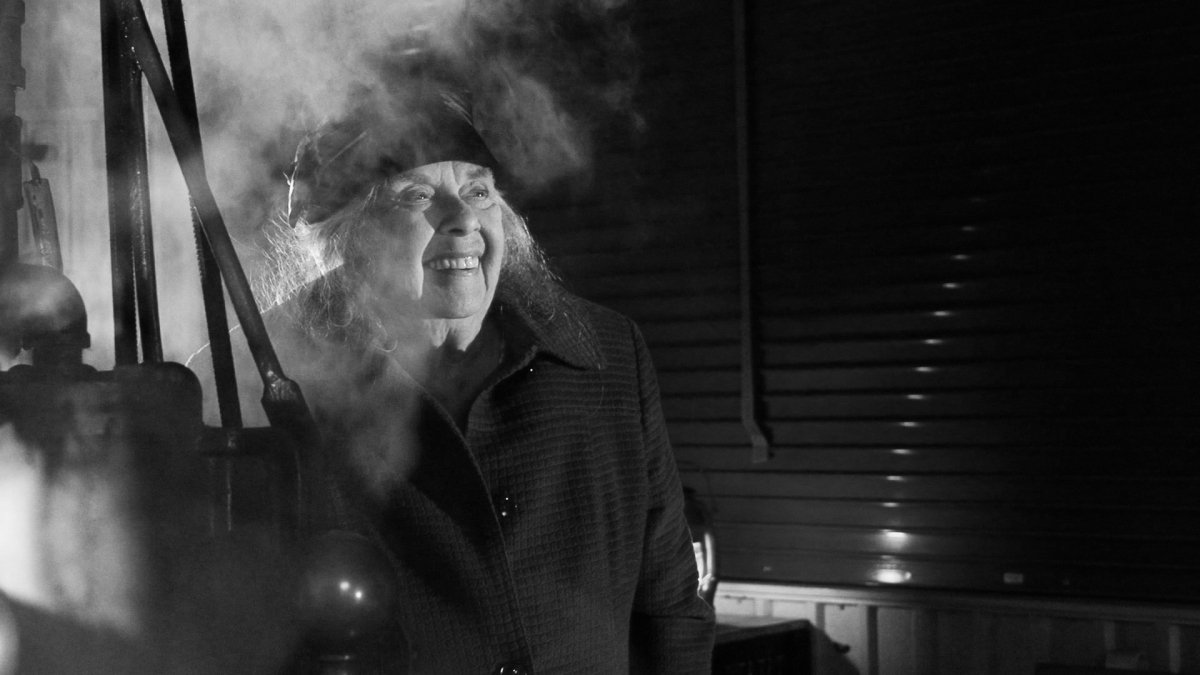 (Oops!  Eighty-SIX! …This past week I’ve been so engrossed in having a wonderful time getting older, I neglected to write my shlog.  But just as I was lamenting this, I came across an old manuscript which I’d written when my eldest children were little kids!  About fifty years ago!  Yay for recycling!

The Hazards of Living with a Player Piano

The resurgent popularity of the player piano in recent years raises the basic question: why?  Why, indeed, should the harried homeowner, besieged by ever-higher school taxes, undertake to purchase an anachronism surpassed in utility and aesthetic unity by the humblest doorknob?

The truth is, people do not buy player pianos, as a result of reasoned planning; they acquire them, as one might acquire a middle-aged, irresistible mutt from the pound.  For player pianos, unlike their simpler counterparts, are not objects to be purchased, but living things looking for a home.  The techniques by which they get themselves acquired are insidious and subtle, and the extent to which they take over their new homes is frightening indeed.

Our own experience may serve as a rough guide to the emotions which prompt the acquisition of a player, as well as to the far-reaching ramifications of such acquisition.

My husband, wearying of constant demands for a piano in the home (“Only a boor would be content to live in a home that has no piano”) set out one pre-Christmas day to locate a worthy, if reconditioned, instrument.  His total experience with instrumental music had involved the usual boyish juxtaposition of waxed paper and comb, yet he felt confident that if he visited a dependable establishment he would know the right piano when he saw it.  He was wrong.  A player piano saw him, and having seen him, conquered.

It was about fifty years of age, but it had had itself burnished to a soft sheen, in which my husband could see his face.  It was an enormous piano.  There was something exciting, he says, about the way it towered over all the other pianos in the store.  A salesman, perhaps under contract to the pneumatic wonder, lured him to its bench and opened its secret doors to reveal the mysteries within: above, a punched-paper roll of “Barney Google with the Goo-Goo-Googly Eyes”; below, the massive foot-pedals, with their “U-drive-it” appeal.  From the moment he began to pump the pedals, and the bellows responded with the breath of musical life, and he watched the whole span of keys jump up and down in four-four time, he was lost; a victim of the power drive and a prisoner of nostalgia. Yet he was now a free man, too; free forever from the marital stigma of a non-musical childhood.  “I, too, can make music,” he marveled, and bought the piano forthwith.

Three years have now passed, and it is only recently that we have come to realize how much the player piano which dominates our front hall also dominates us.  First, it has determined the décor of the home.  A modern lamp strikes a mysterious jarring note; only when we have suitably adorned it with ball-fringe, and a bit of dust has settled on its shade, does it seem to belong in company with our aged rinky-tink giant.  Danish modern will not do, nor will colonial, nor French provincial.  The only furnishings which now seem just right are the hopefully patched and varnished items one finds at the Salvation Army store, the multi-colored, globular lamps from the city mission, and the threadbare and overstuffed chairs brought down from elderly relatives’ attics.

Even housekeeping methods have undergone a subtle change; where a vacuum cleaner and a spray can of Windex used to make brief work of it, the vacuum now seems more often to be relegated to the closet, while reliance is placed on the dust mop and the oiled rag.  We long ago used up the Windex, and have come to enjoy the smell of good, pungent ammonia-water in a pail.  The piano itself does not seem willing to produce its best tone if its top surface is bare; its vibratory systems appear complete only if the top is completely covered with a comfortable crocheted shawl, topped by dozens of disreputable boxes of second-hand piano rolls and a large gallery of ancestral photographs.

And as to the family schedule!  It does not matter whether the evening program calls for meetings of the Pack 94 Awards Committee, or attendance at the PTA, or simply a leisurely evening of reading.  Sixty minutes of our attention is required by our piano in order to keep it happy.  It knows its function; it wants to perform it.  It is there to enable the father of the family, weary from the day’s business exertions, to unwind by pumping out “There Ain’t No Maybe in My Baby’s Eyes”, and to gain a feeling of formidable authority by performing a four-handed arrangement of the entire William Tell Overture without lifting a finger.  It is there to inspire the mother to hum along as she carelessly flings the supper dishes through the suds, all sense of drudgery dispelled.  It inspires toddlers to remove all their clothes and perform a joyful ritual dance.  The ensuing bedlam can, in summer, convince the people next door that the neighborhood is really running down.

But if the presence of a player piano in the home makes both dignity and interior décor lose their urgency, it creates new urgencies of its own: the hunt to find a really old copy of “Boy Scouts on Parade” (the shiny new rolls, though being manufactured in great numbers, just don’t feel the same), and the search for a really competent player-piano technician.  It is not that the player piano ever breaks down, but that an enthusiastic small child may remove a crucial wire, or, playing doctor, poke a hole in the bellows.  Upstate New York has a wizard named Bee Burger, who must, like an old country physician, travel for weary miles through snow and sleet to care for his far-flung clients.  New Jersey has its John Duffy, I hear, but I would be dubious about daring a move to New Mexico or Utah.

Two piano-roll companies are again producing rolls by the hundreds, the newest of which is a play-along roll that enables the non-musician to add to the fun with one finger.  Half a dozen piano companies, inspired by spiraling sales, are turning out neat sleek-lined modern players for the affluent and lazy.  These new players, lacking some of the hypnotic characteristics of the 1912 vintage, may perhaps be purchased with some impunity.  But let no one purchase a real player-piano unless he is prepared to find himself more of a fool than he thought.

One thought on “NOW THAT I AM 85: The Hazards of Living with a Player Piano”